I Started a Mini-Revolution in Las Vegas Last Night

I Started a Mini-Revolution in Las Vegas Last Night 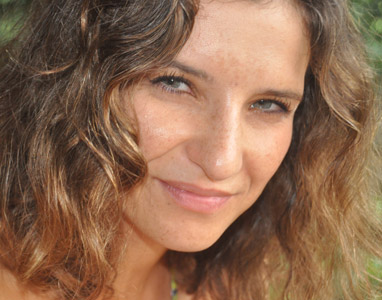 I was returning to Los Angeles after 2 days of Strategic Business Planning with Kelly O’Neil when my ability to stand my ground and honor the truth in my heart was tested.

A friend dropped me off at the airport parking lot and I was to walk across the bridge to get inside the terminal. A pedestrian walkway to cross the street was closed and a woman in Police uniform was directing traffic, facing me.

She held back the pedestrians and allowed taxies to drive by.

About 3 minutes had passed, but the woman made no attempt to let the pedestrians cross the street. The crowd was growing on both sides of the road.

The stream of Taxies seemed endless, however, even when there was a delay before the next car drove by, the woman would not allow the pedestrians to cross. People started shouting and asking her to let them go. She yelled “YOU HAVE TO WAIT!” once again.

People were freezing. On the other side of the road there were families with little children.
A woman behind me started saying that we should find out the name of this Police officer, write a complaint and get her fired. Another couple of minutes had passed…

I’ve had enough! When there was the next opening between the cars, I stepped on the road and went around this Police Officer and crossed the street. The crowd followed. The Police woman started yelling that I and others will be arrested, but she could not hold back the avalanche of people as they flooded the street.

As I was squeezing between suitcases and carts to make my way inside, I realized that there was a huge line of people formed inside the building, they were waiting to go forward and didn’t know what was holding them back. It was well-over 100 people including children and the elderly!

Everyone was unhappy with the situation, but no one had the guts to stand up for themselves in the face of authority.

I made the decision to cross that street at the risk of being arrested or given a ticket, and not making it on time for my flight. The truth in my heart pulled me through as I couldn’t stand this abuse of power a minute longer. My going forward gave other people permission to do the same, they were liberated…

There is one thing that bothers me tremendously: the children in the waiting crowd had fathers with them and many women were with their men. Why did these guys have less balls than me? Their loved ones were freezing… and they did nothing.

Men of the world, I call on your courage! Stand your ground and protect your loved ones, not when you are given orders to do so, but when your heart calls for freedom!

About the Author: Aleksey